I was born and raised in the coastal city of Durban, South Africa, which lies between the Indian Ocean and Drakensberg Mountains. Following completion of high school I moved to Michigan, USA and completed a Bachelor of Science in anthropology (major) and biology (minor) at Grand Valley State University. I later returned to South Africa and completed a Master of Social Science in social anthropology at the University of Cape Town, with research focused on decentralised networks of medicinal plant harvesters and herbalists (Rasta bush doctors). I then went on to work as an applied anthropologist and ethnobotanist in the non-profit sector.

Following a year spent travelling in South America, I restructured my life and livelihood around my core interests: carbon-based and silicon-based technologies (biology and computers). In 2016 I co-founded Harmonic Mycology, a mycology business based in Cape Town, and served as Creative Director until leaving to pursue personal and collective projects in 2020. I have developed mycelial medicines, cultivated edible and medicinal fungi and taught workshops on mushroom cultivation, biomaterials and medicinal fungi. My mycological work is now focused on encouraging the formation of humyn-fungal networks and practicing low-tech, ecologically-integrated cultivation.

In parallel to my mycological endeavours, I work as an autodidactic software developer on private and open-source projects; most-recently, PeachCloud. I also enjoy tinkering with electronics and have a couple of solar-powered projects in the works.

I hold a deep fascination with the processes through which humyns form relationships with other living beings. When not in the lab or behind a keyboard, you can find me looking at mushrooms, riding my bicycle or reading sci-fi. I'm dreaming of a three-month adventure across Japan ⛩. 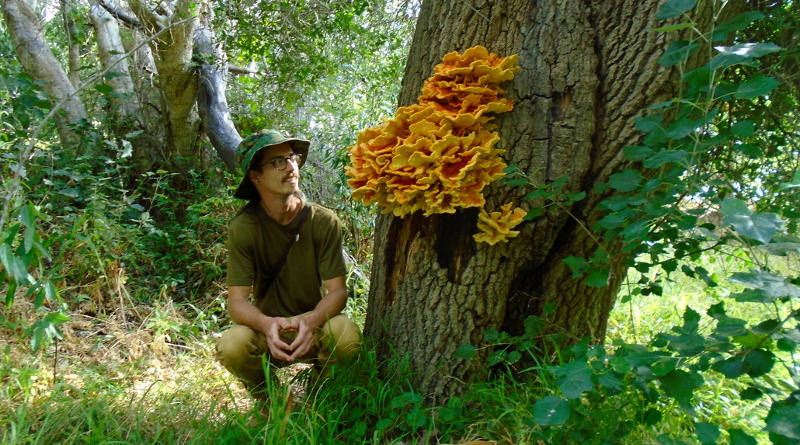